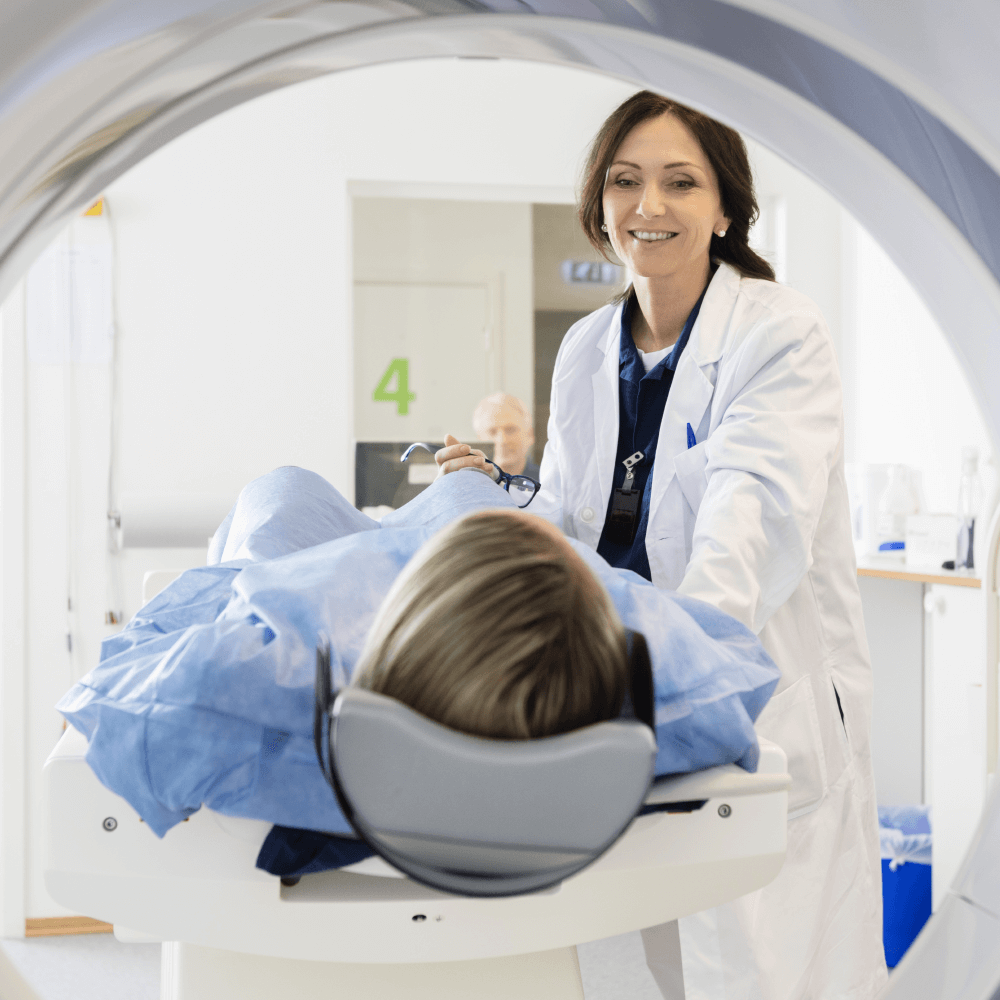 The evidence for the use of DTI to support, quantify, localize, target neurorebilitation for, and render a prognosis for TBI has mounted over time, and is now widely accepted both in medical and legal arenas. Please contact us for detailed source references.

1. “This Court finds that the science and methodology underlined in diffusion tensor imaging (DTI) is well accepted in the medical and scientific community”
2. “The Court further finds any difference of opinion among the experts, with regards to the application of DTI or ASL to determine whether a patient has mild traumatic brain injury (mTBI), is a matter of weight rather than admissibility;”

1. “The United States District Court for the Southern District of Florida has ruled that diffusion tensor imaging (DTI) satisfies the Daubert standard for admissibility.”
2. “…court rejected Celebrity’s argument, finding that DTI findings and testimony has been deemed reliable and admitted by numerous courts across the country for almost a decade.”

1. “…the court had found that DTI was acceptable as a reliable means of diagnosing traumatic brain injury and accepted in the medical community.”

1. “…while plaintiff did have preexisting medical conditions, the location of the abnormality on DTI was more consistent with traumatic brain injury (TBI) than plaintiff’s preexisting medical conditions.”
2. “The court rejected the defendants’ argument that diffusion tensor imaging should be barred in this case, finding that the grounds for defendants’ motion went more to the weight of the evidence rather than admissibility of it. The court denied defendants’ motion.”

1. “A federal judge has once again upheld the introduction of diffusion tensor imagining (DTI) in an mTBI case, rejecting defendant’s motion to exclude the DTI findings.”
2. “The trial court noted, one of the papers submitted was a peer-reviewed article that reviewed the last decade of research conducted on DTI, which found ‘a unifying theme can be deduced from this large body of research; DTI is an extremely useful and robust tool for the detection of TBI-related brain abnormalities. The overwhelming consensus of these studies is that low white matter FA is characteristic of TBI.'”

1. “I would like share with you some observations from eight years of evaluating traumatic brain injury cases, the vast majority of which I obtain neuropsychological testing and advanced MR imaging: 1) people with TBI are frequently misdiagnosed, often by multiple physicians; 2) the most frequent diagnostic category given is psychiatric—anxiety, depression, conversion disorder; 3) two neuropsychologists studying the same patient may differ considerably regarding existence of TBI; 4) TBI symptoms overlap considerably with those of “primary” psychiatric disorders; 5) without the ability to “see” the brain injury with imaging, there is no completely objective way to determine what is TBI and what is something else, e.g., post-traumatic stress, conversion, malingering; 6) people with brain injury seem to vary considerably in severity of symptoms and recovery in the face of similar falls, crashes, etc.”
2. “In summary, DTI is able to “visualize” diffuse axonal injury from TBI. In some cases location of lesions appears to correlate with specific symptoms but generally the severity of DAI as indicated by DTI is strongly predictive of general neurocognitive disability.

1. “Mild TBI…is estimated to account for at least 75% of all TBI cases in the USA, and is a significant public health concern due to its association with long-term cognitive delcine and neurodegenerative disorders.”
2. “Although TBI may be accompanied by apparent and indisputable signs such as momentary loss of consciousness or memory loss, symptoms of mTBI tend to be more subtle and less likely to be reported by patients with limited symptomatology.”
3. “The most common locations for mTBI diagnosis were in a non-ED outpatient/physician office setting only (39%)…”

1. “The incidence of TBI, especially mild TBI, is understimated because patients frequently dismiss their symptoms and never present to the emergency department or they believe that the admisson of symptoms may compromise their work situation.”
2. “Currently, there is evidence from group analyses that DTI can identify TBI-associated changes in the brain across a range of injury severity, from mild to severe TBI.”

American Journal of Bioethics Neuroscience - "Daubert, Frye and DTI: Hijacking the Right to Trail by Jury"

1. “Diffusion tensor imaging (DTI) has evolved into the best diagnostic imaging modality used to detect and prove evidence in the brain in the event of a traumatic brain injury (TBI) or mild traumatic brain injury (mTBI) in individuals.”
2. “DTI is the first objective eveidence that a jury can and should consider if appropriate accompanying evidence and expert testimony support such evidence.”

1. “Conclusions: Acute mild/moderate traumatic brain injury is characterized by increased tissue FA, which represents a clear neurobiological link between cognitive dysfunction and white matter injury after mild/moderate injury”
2. “Our study in a large cohort of patients with mild and moderate TBI has shown extensive increases in MD but these were accompanied by increased FA at the acute time point. These changes were strongly correlated with underperformance on cognitive testing and show a clear neurobiological basis for dysfunction postinjury.”

1. “The misleading and often entirely unsubstantiated opinions and positions ofWortzel, Tsiouris, and Filippi (2014), in opposition to diffusion tensor imaging (DTI) as a useful measure in mTBI, are at odds with the clear consensus of the scientific literature regarding mild traumatic brain injury (mTBI), its clinical assessment, and its natural history.”
2. “…the overwhelming consensus of a substantial body of scientific inquiry supports DTI for detecting pathology in mTBI patients.

1. “Mild traumatic brain injury is one of the most controversial neurologic injuries, as there is no obvious biological marker. Diffusion tensor imaging has been considered as a potential biomarker in mTBI patient with other normal neuro-imaging, as it can detect white matter micro-structure changes.”
2. “The results provide strong evidence that DTI can detect microstructureal damage in the white matter of mTBI patients…”

1. “DTI permits the interrogation of the brain’s microstructure, allowing for a more refined characterization of white matter and the complex network of nerve fibers connecting different brain areas.”
2. “Whereas conventional MRI has failed to correctly estimate the extent of damage following head injury, DTI provided information regarding injury severity as well as markers predictive of outcome and may therefore serve as a potential biomarker of recovery (Mayer et al. 2010).”
3. “In a recent study, whole-brain analysis of head injury survivors at least 6 months after the injury revealed significant bilateral decreases in anisotropy in the major of white matter bundles evaluated and increases in diffusivity in most of the cortex, likely reflecting secondary damage. In the same cohort, impairment of learning and memory correlated with diffusivity in the left posterior cingulate, left hippocampal formation, and left temporal, frontal, and occipital cortices (Salmond et al. 2006).
4. “Even in children, DTI has proved sensitive to white matter injury at 3 months following moderate to severe head injury, even in brain regions appearing normal on conventional MRI. Thus, DTI measures, especially those derived from fiber tracking analysis, can be good markers of outcome as they were related, in the same patients, to global outcome and cognitive processing speed (Levin et al. 2008).”

“…the applications of DTI are rapidly increasing because the technique is highly sensitive to changes at the cellular and microstructural level.”

1. “At every time point, DTI was more sensitive to injury than conventional magnetic resonance imaging, and relative anisotropy distinguished injured from control mice with no overlap between groups. Remarkably, DTI changes strongly predicted the approximate time since trauma. These results provide an important validation of DTI for pericontusional TAI and suggest novel clinical and forensic applications.”
2. “In summary, we have demonstrated that DTI is capable of detecting pericontusional white matter injury in a mouse model of TBI at a range of acute to subacute time points. DTI appears more sensitive than conventional MRI for this purpose at all of the time points studied. Furthermore, DTI offers information on the timing of injury such that subacute injuries (7 d to 1 month old) can be differentiated from acute injuries (4 d old) with a high degree of accuracy at the level of the individual scan.”
3. “…DTI has tremendous potential as a clinical tool in the assessment of TBI”

1. “Conclusions: Disruption of the corpus callosum and fornix in patients with nmTBI without macroscopically detectable lesions is shown. DTI is sensitive enough to detect abnormal neural fibres related to cognitive dysfunction after nmTBI.”
2. “Our results suggest that DTI was able to objectively show abnormalities in patients with nmTBI with cognitive impairments but without macroscopically detectable lesions.”

1. “CONCLUSION: DTI reveals changes in the white matter that are correlated with both acute GCS and Rankin scores at discharge. DTI may be a valuable biomarker for the severity of tissue injury and a predictor for outcome.’
2. “Our data demonstrate that DTI is feasible in the setting of TBI…” 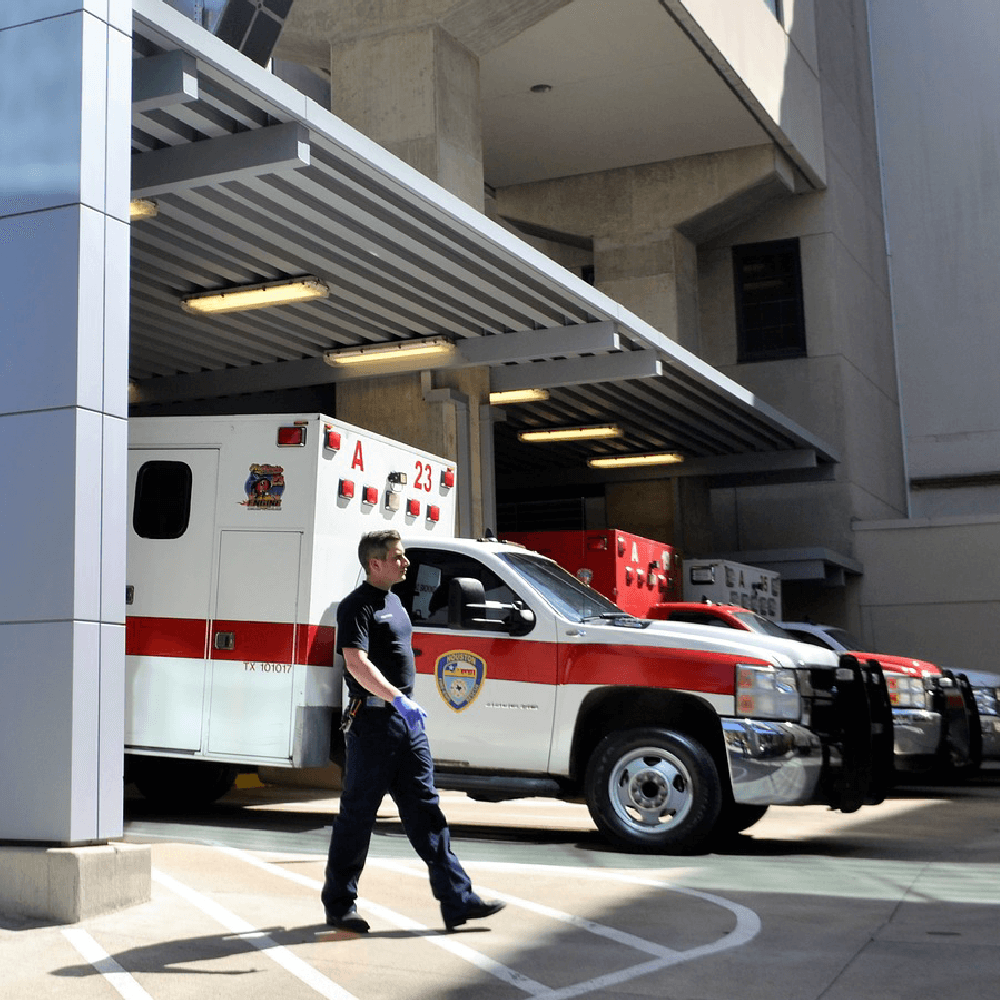 Thank you. We will be in touch soon.